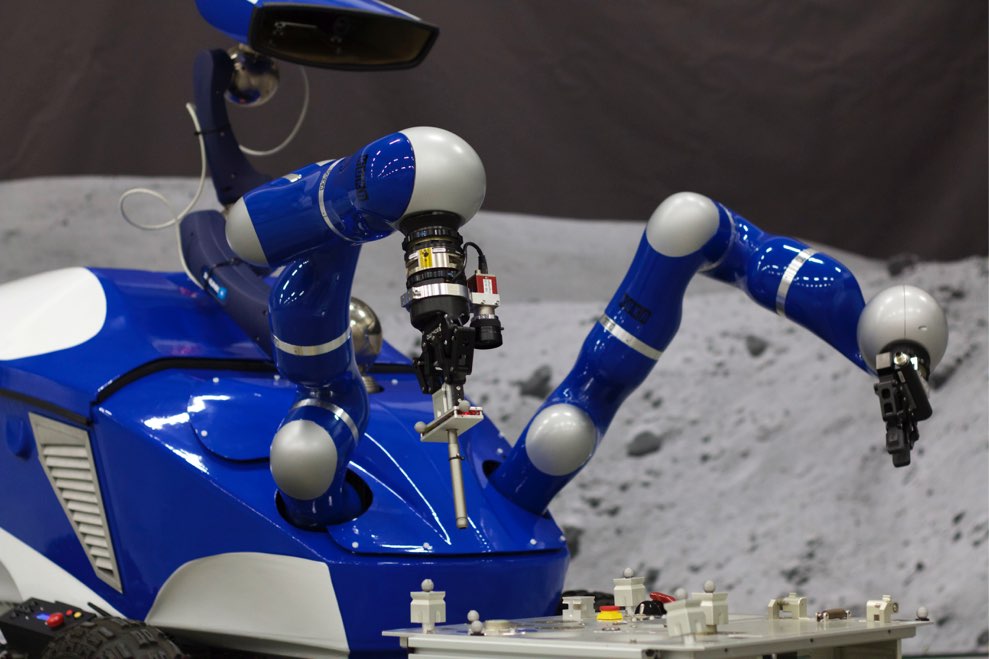 The Interact experiment, conceived and implemented by the ESA Telerobotics & Haptics Laboratory, will be the first demonstration of teleoperation of a rover from space to ground in which during part of the experiment, the operator will receive force-feedback during control. The task set up for the astronaut is to maneuver the rover located at ESA’s ESTEC technical center in Noordwijk through a special obstacle course, to locate a mechanical task board and to perform a mechanical assembly task. Once the task board is located and approached, the astronaut will use a specially designed haptic joystick in space to take control of one of the Centaur’s robotic arms on Earth. With the arm he will execute a “peg-in-hole” assembly task to demonstrate the ability to perform connector mating through teleoperation with tight mechanical tolerances of far below one millimeter.

The haptic feedback allows the astronaut to actually feel whether the connector is correctly inserted and, if necessary to fine-tune the insertion angle & alignment. The complete operation is performed from on-board the International Space Station, at approximately 400 km altitude, using a data connection via a geosynchronous satellite constellation at 36.000 km altitude. The communication between the haptic joystick and the ground system is bi-directional, where both systems are essentially coupled. This socalled bi-lateral system is particularly sensitive to time delay, which can cause instability. The satellite connection, called the Tracking and Data Relay Satellite System (TDRSS), results in communication time delays as large as 0.8 seconds, which makes this experiment especially challenging. ESA copes with these challenges through specialized control algorithms developed at ESA’s Telerobotics Laboratory, through augmented graphical user interfaces with predictive displays and with ‘force sensitive’ robotic control algorithms on ground. These ESA technologies allow the operator to work in real-time from space on a planetary surface. It is as if the astronaut could extend his arm from space to ground. 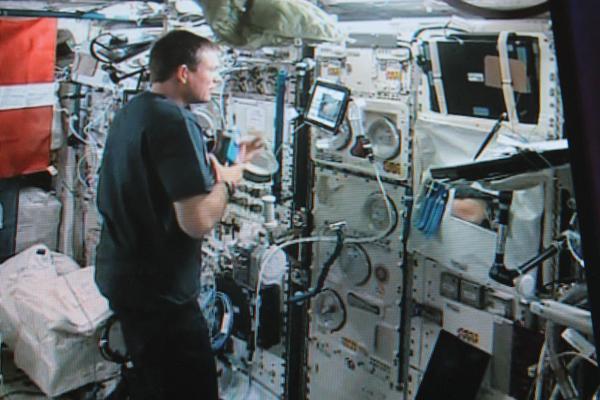