Danish Aerospace Company (DAC) established in 1993 an operational User Support and Operations Centre (USOC) during the involvement in the D2-spacelab and the Euromir-95 missions. Here four astronauts from ESA and Russia were supported in all aspects of the Respiratory Monitoring System II (RMS-II) facility, including introduction to the hardware and concept, nominal procedures and operations, and off-nominal training.

The support activities have been performed since 1993, and the center has been selected by ESA as a support centre for support to payload operations for ESA’s Pulmonary Function System (PFS) and Portable PFS for the International Space Station. The support center is equipped with a communication room with infrastructure for audio and video conferences and monitoring mission/payload operations. A separate room for the PFS and Portable PFS ground models are available for payload preparation etc. 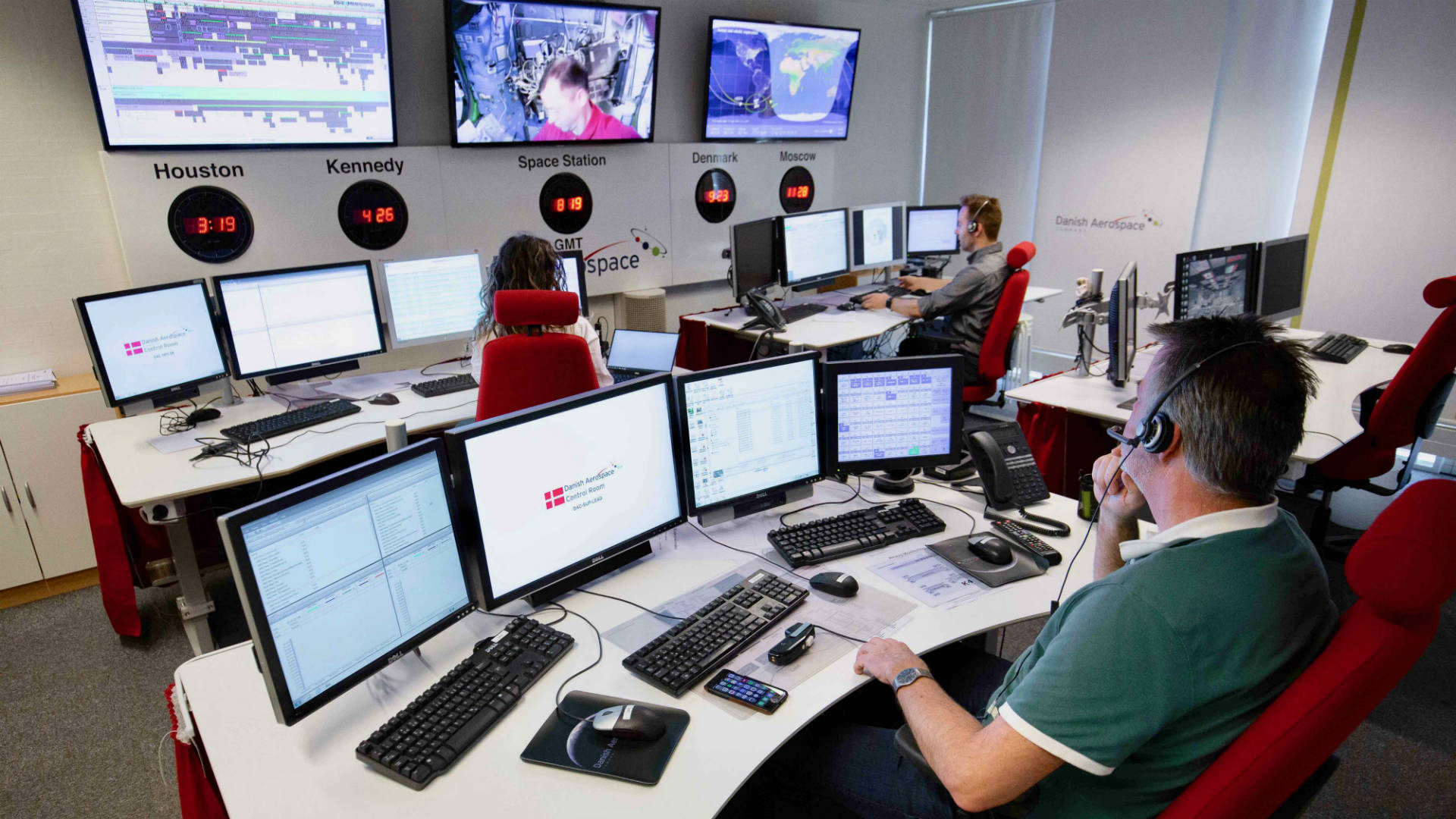 In preparation for the misisons and increments on ISS, DAC among others develop procedures, experiment software and support pre- and post flight Baseline Data Collection-sessions. During the increments and missions, DAC provide operational support, trouble shooting, and quick-lock analysis of data and repair procedures.

The European Space Agency (ESA) has adopted a decentralised scheme for the utilization of European payloads on board the International Space Station (ISS). Seven "User Support and Operation Centres" act across Europe as the link between the users - i.e. the scientific community on the ground - and the payloads operating on the ISS infrastructure.

These USOCs provide scientific, technical and operational support to users selected to conduct experiments on the ISS. All operations related to payloads in the European Columbus module are coordinated by the Columbus Control Center (Col-CC) in Munich, and activities in the US laboratory (Destiny) are coordinated via NASAs payload control centre POIC (Payload Operations and Integration Center) in Huntsville Alabama. Payload operations in the Russian part of the space station are coordinated via the Russian control center in Korolev on the outskirts of Moskow. Col-CC e.g. coordinates exchange of telemetry and telecommand data, voice communication and video distribution. Under the overall management of ESA, the European User Support and Operations Centres (USOCs) carries out the majority of tasks related to preparation and for in-flight operation of ESAs different multi-user facilities and other payloads. This approach makes the USOCs the link between scientists and the ISS-community through ESA and NASA. There are seven User Support and Operations Centres located across Europe; they are situated in Belgium, Denmark, France, Germany, Norway, Spain and Switzerland.

During the preparation and pre-launch phase, the USOCs are concerned with ground model operations, procedure development, experiments and payload optimization, and as well with crew training support and reference measurements on the astronauts. During the mission, the USOCs receive facility and experiment data and perform operation and commanding of their assigned payloads.

ESA has nominated Danish Aerospace Company as the responsible center for a series of human physiology equipment’s and experiments; among these are PFS and Portable PFS.